As part of this year's Summer School German Politics at the Institute of Political Science and Sociology, students from all over the world were guests in Würzburg from the 12th to the 20th of July. A total of 23 Bachelor, Master and PhD students from 16 different countries participated in various discussions, workshops and seminars.

National as well as international topics, such as German foreign policy, the political culture of Germany, the modernization of right-wing populist parties and the challenges of the European Union were on the agenda. An open discussion with the Member of Bavarian State Parliament Kerstin Celina on current developments in German asylum policy rounded off the program.

Various content-related debates allowed for the exchange of different opinions and broadened the perspectives of the participants. The recreational program also contributed to intercultural exchange and conveyed various aspects of German history and politics. For example, a day trip to Nuremberg was offered, during which the participants visited the Documentation Center of the Nazi Party Rally Grounds. Würzburg was explored as part of a residence tour, a city hall tour and a city tour, as well as a trip to the Fortress, which allowed for a bird’s eye view of the city. The free time was also used for continued discussions - not least with a glass of wine during a visit to the wine festival on Würzburger Stein.

After a week of study, intensive exchange and many a passionate debate, the impressions from the participants' essays were reflected once again and changes in perspectives were discussed. All-in-all, it was a successful fourth edition of the summer school, in which many students met, studied German Politics and made some friends.

The organization of the Summer School was once again carried out by the academic staff members Anja Zürn and Manuel Pietzko with the support of the student assistant Leonie Wanner. Funding for the Summer School was provided by the Human Dynamics Center of the Faculty of Humanities and the Federal Ministry of Education and Research. Special thanks go to all participating lecturers who contributed significantly to the success of the Summer School with their varied lectures and workshops. 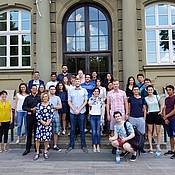 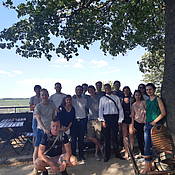 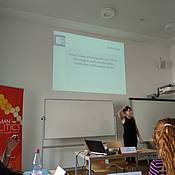 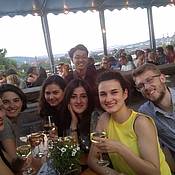 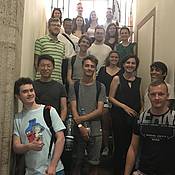 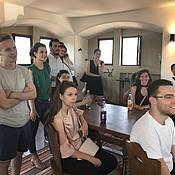 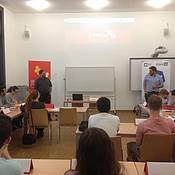 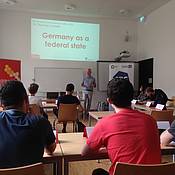 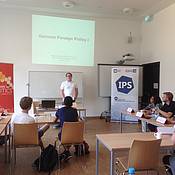 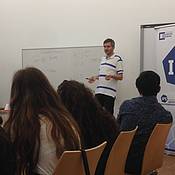 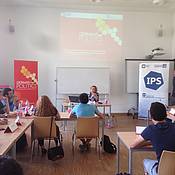 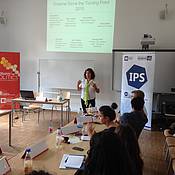 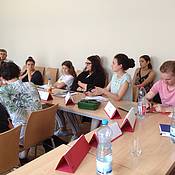 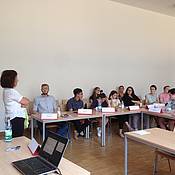 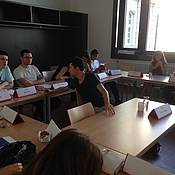 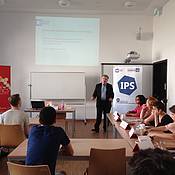 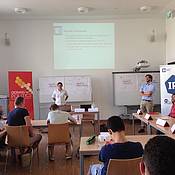 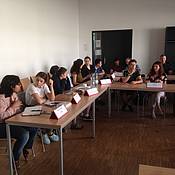 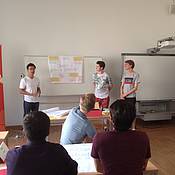