Students from all over the world took part in the Summer School German Politics 2019 at the Institute of Political Science and Sociology in Würzburg. Between 25th July and 02nd August a total of 21 students from 15 different countries took part in various seminars and enjoyed the social program in good summer weather.

The summer school program covered a wide range of German politics, both national and international topics. The first part dealt with the basic constitutional and institutional structure of the German political system like the federal system, the welfare state, the Supreme Court as well as the electoral and party system including voting behavior. The second part focused on Germany’s role in the European Union and in the world. Moreover, very current issues like the election to the European Parliament as well as the migration and refugee policy were part of the program. Aspects of Germany's political culture formed a crosscutting issue.

In addition, several guest lecturers from political science and politics were invited to provide information about their fields. Jamel Flitti gave some insights into the work of the Munich Security Conference. Based on survey data from the Leipzig-Authoritarian-Study Johannes Kiess presented findings on the proliferation and development trends of right-wing-attitudes in the German population. Professor Thomas Saalfeld discussed with the participants dynamics of conflict and cooperation of Merkel’s chancellorship. An open discussion with Kerstin Westphal, a former member of the European Parliament and candidate for mayor in Würzburg, rounded off the program.

The discussions often did not end on the doorstep, and continued outside course hours in a relaxed atmosphere during visits to the beer garden or with a glass of wine in traditional Franconian restaurants. The social program also contributed to intercultural exchange and conveyed various aspects of German history and politics. We made a day trip to Nuremberg, during which the participants visited the Documentation Center of the Nazi Party Rally Grounds and the medieval Castle, the symbol of the city. Many participants spent an evening in Bamberg, which is also known as little Venice. The city of Würzburg was also explored as part of a residence (UNESCO world heritage) and city tour. The trip to the Fortress took the participants over the roofs of the city and offered a bird’s eye view of Würzburg, which is the best spot for souvenir photos.

After a week of intensive studies and controversy debates, we exchanged our impressions about revised opinions, confirmed stereotypes and new perspectives in a closing workshop before we said goodbye at a farewell lunch. The feedback we have received suggests that the fifth edition of the summer school was quite successful and we wish all participants continued success. At least one student has already returned and two others are planning a study and work stay in Würzburg.

Funding for the Summer School was provided by the Human Dynamics Center of the Faculty of Humanities and the Federal Ministry of Education and Research. Special thanks go to all participating lecturers who contributed significantly to the success of the Summer School with their varied presentations. 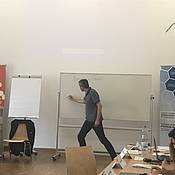 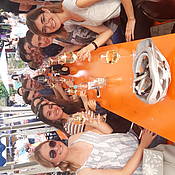 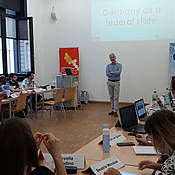 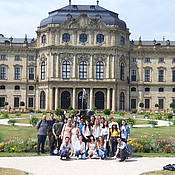 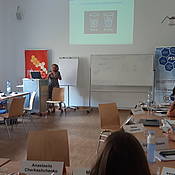 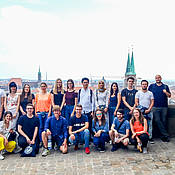 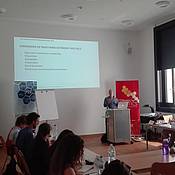 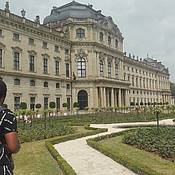 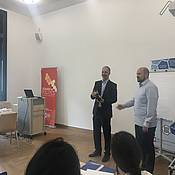